Hi folks, after over three years at "billsart.blogspot.com" I am redesigning the blog and shifting over to a new address. That address is: Why the change you may ask? Well, I've been posting a lot of links, news, and things that do not fall under the category of "Bill's Art". (I also didn't really like the way the address looked without an apostrophe - bill sart?) The good news is that Blogger has a new "import blog" feature and I won't lose any of my old posts. Hooray! Now update those feed readers! And while you're at it, take a minute to check out the actual page outside of a reader - I made a fancy new header just for you.
Posted by Bill Robinson at 8:45 PM 8 comments: 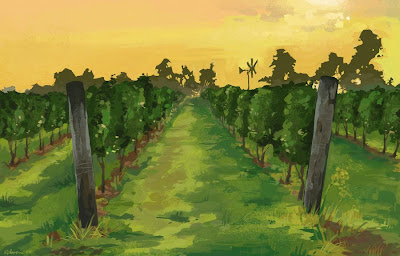 Artrage and Photoshop...trying something a little different. Though I think I worked it a little too much. Also, wow, this looks completely different in my browser than it does in PS...
Posted by Bill Robinson at 8:26 PM 6 comments:

Thad K. has been nice enough to assemble a .zip file of some incredible Alice in Wonderland storyboards. Go check it out and leave him some love. Thanks Thad!
Posted by Bill Robinson at 10:07 AM 2 comments:

Has anyone got any info on this book? It is available for pre-order on Amazon and it sounds like it's going to be awesome, but I haven't head anything about it. (Not even a cover image yet.)

Product Description
With an introduction by John Lasseter and very little else in the way of words, this first book in The Archive Series lavishly showcases the most brilliant story artwork created by such luminaries as Bill Peet, Don DaGradi, Joe Rinaldi, Roy Williams, Ub Iwerks, Burny Mattison, and Vance Gerry for films ranging from Steamboat Willie and Snow White and the Seven Dwarfs to Alice in Wonderland and One Hundred and One Dalmatians. The art will be displayed in its full glory with all the notes, flaws, and hole-punches that were so much a part of the story development process. Featuring the best examples of story artmany never published before as well as some pieces by unidentified artists, Story will be a must-have art book for collectors, artists, and Disney fans.

224 pages of classic Disney story art?? Yes, please. And the best part about it is that it's going to be a series! Sweeeet!
Posted by Bill Robinson at 9:22 AM 1 comment:

These are great. You can buy them here for $165 each. Eric is extremely talented - check out his blog here. (He's also got Indiana Jones posters in the same style! Old school indy, not refrigerator-monkey-alien-Indy.) 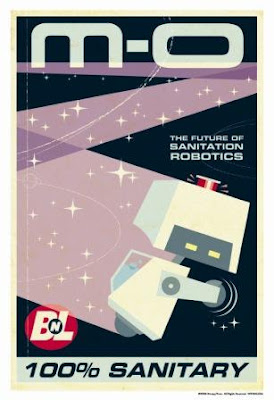 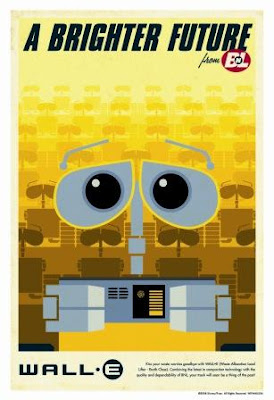 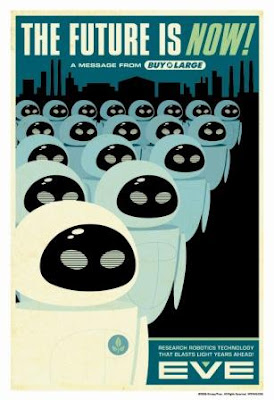 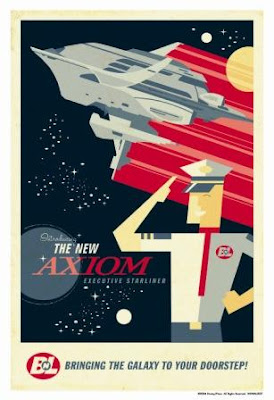 I'm off to the Sketchcrawl up by Crissy Field and Fort Point. Hope it's nice and cool up there...
Posted by Bill Robinson at 9:18 AM 4 comments: 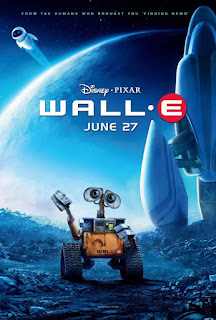 I am SO excited. Click here to watch it.
Posted by Bill Robinson at 11:56 AM 3 comments:

There's a Party in my Tummy!


This is me...in music video form. This show is brilliant.
Posted by Bill Robinson at 5:01 PM 3 comments: 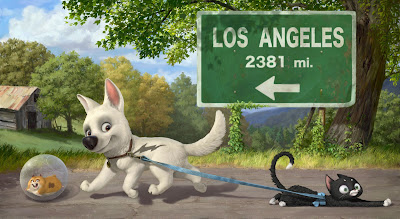 It's not much, but there it is. We'll probably get a full trailer when Wall E comes out at the end of the month. Remember when this movie was directed by Chris Sanders and looked like this: 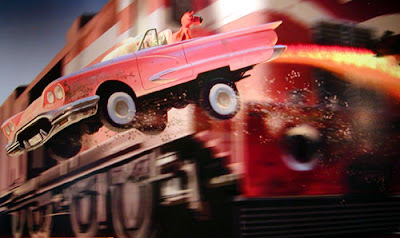 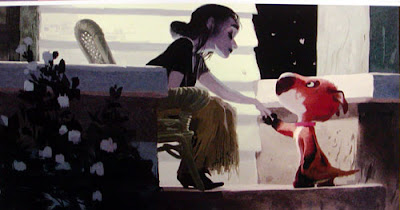 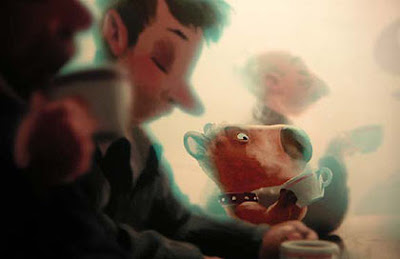 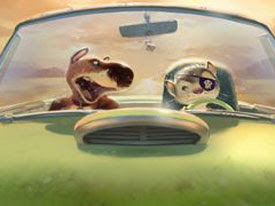 Ahhh, those were the days. Here's hoping this movie is still good!
Posted by Bill Robinson at 8:14 AM 5 comments:

If you've seen the film, you were likely impressed by the incredible 2D opening for Kung Fu Panda done by James Baxter. If you'd like to watch a streaming version of the opening, click here. For all you animation nuts out there, Kevin Koch of the Synchrolux blog has been kind enough to create a quicktime file that you can frame-by-frame through.

When this animation first came up on screen it basically took my breath away. I haven't seen something handdrawn that looked this great in quite a long time. The closest thing would probably be the animated bits in Enchanted, (also by James Baxter), but those had the classic Disney look to them and the KFP opening is something completely different. It feels a bit like anime, a bit like Sin City, and a bit like some crazy Chinese graphic novel written by a Disney animator. Absolutely beautiful design, textures, animation, and hilarious writing.

Anyone have any knowledge about the actual production process involved with this project? I'm gonna go ahead and say it looks like full hand drawn animation that was then brought into photoshop and painted frame by frame. Though there are some bits that could possibly be toon shaded 3D work. And other stuff looks like plain old Flash or After Effects cutout style.

You may also notice that in the "Art of" book there are a bunch of unused designs for Tai Lung's army. I'm happy to see that they ended up here in the opening sequence because the designs carry over so well in this 2D style. Also, the book has the storyboards for this entire sequence - they are quite faithful to the final movie.

I have assembled 30 or so still shots from the opening, quite fun to look at. The opening goes so fast (but what a glorious 2 minutes and 28 seconds) that the still frames really let you absorb the design. Enjoy:

Edit: The end credits, produced by Shine and Baxter, are available here. They're great as well!

(They use the flag as a wipe for the next shot - how cool is that??)

(Maybe you should chew...ON MY FIST!)

(I love this frame.)

Ahhh, great stuff. Rumor has it that there is a 2D Kung Fu Panda short in the works at Baxter's studio. We'll see when the DVD is released.
Posted by Bill Robinson at 9:53 AM 6 comments:

The Dark Side of Mary Blair 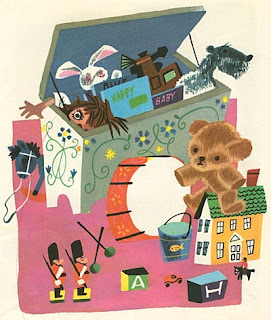 The ASIFA animation archive just posted some images from a Mary Blair book I've never seen before called, "Baby's House." I assume that's supposed to be a Raggedy Ann Doll but it really looks like a dismembered child shoved in a box. And look at that creepy rabbit and the expression on the teddy bear's face. (The other images are great, you should go look.)
Posted by Bill Robinson at 3:30 PM No comments: 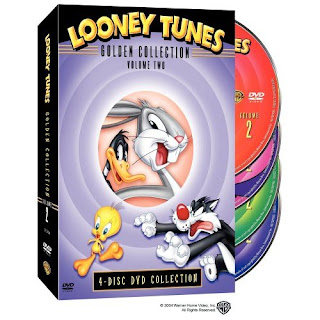 Amazon is having a "Big DVD Sale" (creative name) and I wanted to let everybody know that you can pick up the Looney Tunes Golden Collection Vol. 1, 2, and 4 for just $29.95. These are usually $65 new. (Don't know why 3 and 5 arent being offered.) Each collection is packed with 4 full discs of some of the best cartoons ever made...what are you waiting for?!

Volume 4
Posted by Bill Robinson at 8:11 AM No comments:

Bill Robinson
Berkeley, CA, United States
Graduate of the Film and Animation school at RIT. Lead artist at Kabam. Check out my website at www.flimflammery.com.